Marilyn Monroe: 3 of her greatest movies

Marilyn Monroe is one of the most famous and iconic actresses of all time. However, she has never won an Oscar. In fact, critics long ignored Marilyn Monroe throughout her career. This may come as a surprise to many, as in modern times Monroe was rightly recognized for her comedic gifts and subtleties, and she is now considered a great actress.

Sadly, during her lifetime, Monroe was not considered talented and she earned a surprisingly low salary compared to her colleagues who are now totally forgotten. Today, she is adored for her acting and sex appeal, and she has been recognized by the American Film Institute as the sixth greatest female movie star of all time.

Here is a list of 3 performances which prove that there was a brain behind the beauty and that Monroe was more than a silly blonde, even if she played one… quite often!

The 1953 sexy thriller Niagara was one of Monroe’s first feature films. The film centers around the dangerous sexual appetites of a woman who plots with her lover to murder her abusive and much older husband (played by Joseph Cotten).

Monroe was often unfairly labeled as a silly blonde. However in this film, she’s too smart for her own good and her limitless sexuality makes her capable of anything, even a ruthless murder. The film also contains what was at the time the longest walk ever to be filmed, a scene that made Monroe’s « sexy walk » famous, and showcased what the studio believed to be her best assets. Most of the praise for this moderately well-received film was attributable to the beauty of Marilyn and Niagra Falls. This first film of Monroe’s career shows the actress using her powerful sexuality in a way that is far different from her more famous comedic roles. By the way, Andy Warhol used a plan to promote this film to make his famous « Marilyn Diptych ».

Many critics and unsuspecting viewers often make the mistake of thinking that Monroe was a silly blonde in real life, just because she played one in the movies. 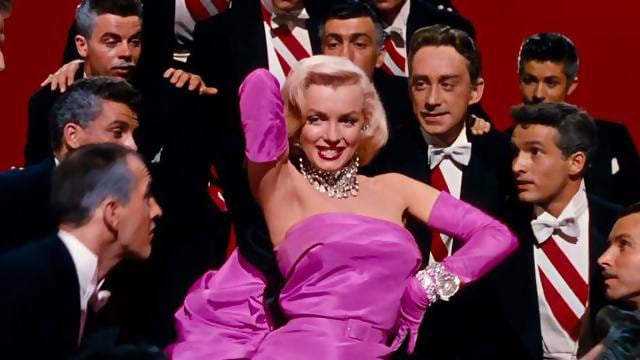 In fact, the comedic timing, singing and dancing involved in this film show that she had considerable talents. The characters played by Monroe and Russell are two showgirl best friends who go on adventures to Europe and get into all kinds of trouble along the way. While the plot is less than substantial, watching Monroe and Russell work together is a treat, and Monroe’s rendition of “Diamonds Are a Girl’s Best Friend” has been widely emulated. Seeing these knockoffs of singers and actresses, including Madonna and Nicole Kidman, shows just how talented and charismatic Monroe was – while she makes it look easy, tributes are never very close. Besides, Russell and Monroe became friends during the shoot and Russell helped Monroe deal with her nervousness on set.

Bus Stop was Monroe’s first role in a dramatic film. While the film itself received mixed reviews, Monroe’s performance as a mediocre singer in a nightclub unwittingly leading a naive young cowboy (played by Don Murray) received favorable reviews. 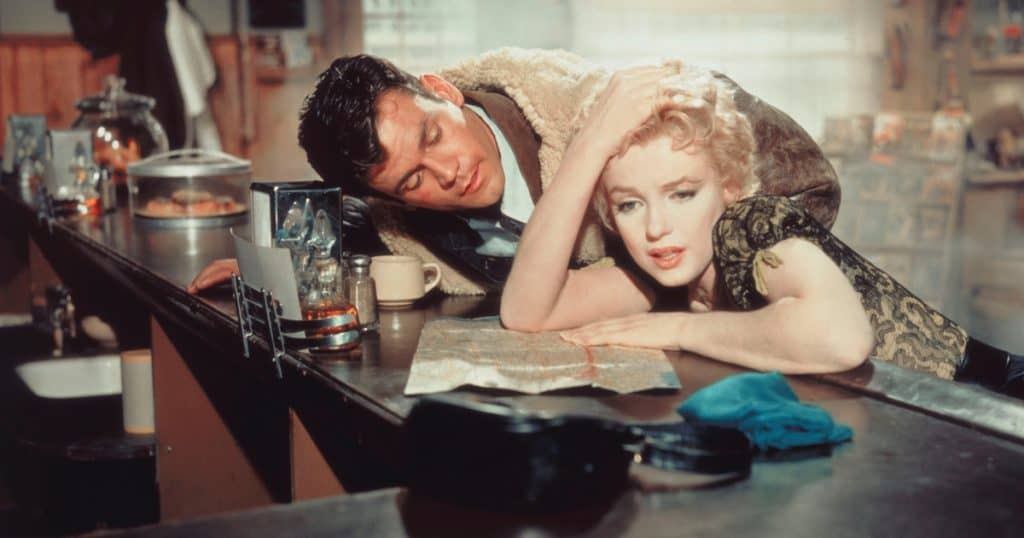 Monroe’s character Cherie takes « Gentlemen Prefer Blondes' » Lorelei Lee and imagines what she would look like after a few difficult years of living in the real world. Monroe’s rendition of « Old Black Magic » transfixes the cowboy, but everyone else can see how sad she is, how half her talent is, and how bad her dreams of success on stage are. It was a courageous decision on Monroe’s part to give a performance that made her appear less talented than she actually was. Her beauty is also toned down by pale makeup (because Cherie stays up all night) and straw-colored hair. This is the first time that she has made an important gesture to try to be taken seriously by Hollywood, which she unfortunately never quite managed to do. Bus Stop is the first film in which Monroe used the playing techniques learned while studying with Lee Strasberg in New York.

If you are interested in Marilyn Monroe movies, you can watch them on Apple TV, Disney + or HBO Max.