Here’s what you can expect if you plan to drop by Walmart’s video game department. Creepy isn’t it? 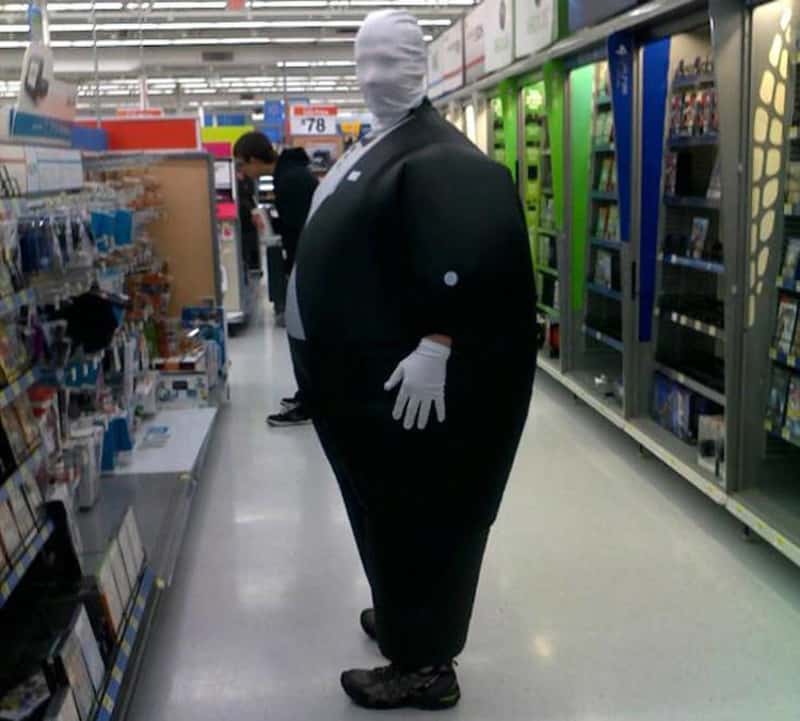 Because shopping at Walmart isn’t weird enough, this guy just decided to spice things up by dressing up as a Slenderman to buy his new video game. For those of you who don’t yet know, Slender Man is a fictional, supernatural character who was first born out of an internet creepypasta meme. This guy just took things too seriously. Seriously buddy, the entertainment section is one of the best aisles at Walmart, don’t block the entire video game aisle just standing there like that to freak everyone out! Do you dare to ask this person to get out of your way?