The KMBD had its concerns

When the KMBD arrived at the scene in Augsburg, they were a little worried about what they had seen that day. 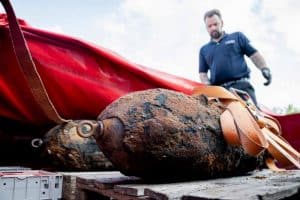 They were so worried, and it was for a very specific reason. In fact, the bomb that had been discovered belonged to the British Royal Air Force. Concerned for the safety of the entire population of the city, they caused the largest evacuation since World War II. Fifty-four thousand people in Augsburg would be forced to leave their homes. Worst of all, it would have to be on Christmas morning.