Take the citizens out of the city

In order for the evacuation to take place with ease, it was necessary to ensure that the population was safe and above all that the evacuation did not cause damage to anyone. 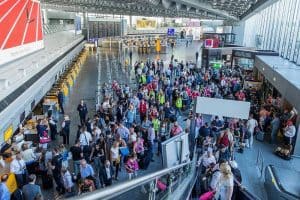 To make sure the evacuation went as smoothly as possible, the city used more than 100 buses and trams to help the citizens of Augsburg to leave the city as quickly as possible. At the same time, police and other officials marched through the streets with horns and megaphones to warn anyone who had not heard of the evacuation order. It was imperative to get everyone out of town as the bomb could still be armed.