And David added, “The local meteorologist said the rainbow was an anomaly because we didn’t have rain. So it was kind of like a miracle … I knew it was Brenda. » 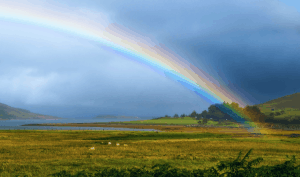 For David, there was no doubt. Brenda was sending him a sign, a sign that she would still be with them, and that things would work out eventually. And that they would find happiness again despite her absence.

Then the widower revealed, « After I told her the story, Jayne looked through her phone and showed me a photo of the same double rainbow. She had exactly the same thought. Could it be possible that it was only a coincidence? Or was it just fate? »