And while recounting a conversation he had with Brenda while she was ill, David confirmed that his late wife indeed wanted him to find someone to share his life with. 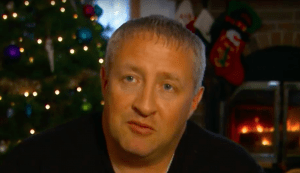 He spoke to CNN in 2013 and said, “Brenda and I spoke just before she died. She told me to meet someone who will love the boys and treat them like her own”. David must have been very sad to lose such a loving woman who was so strong even during such a difficult time. He had to stay strong in spite of everything, for his wife and for these two children.