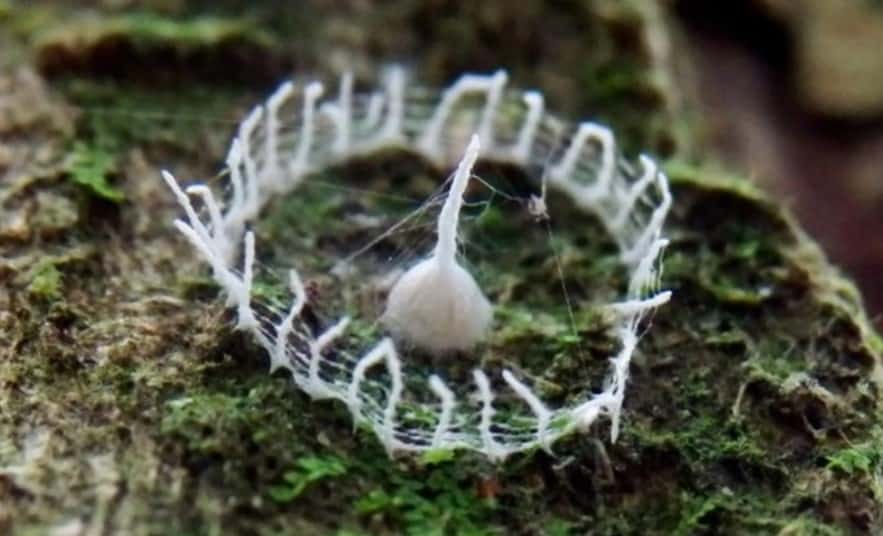 Did you know that the stunning picture below was made by the Silkhenge Spider? A Georgia Tech student Troy Alexander discovered it. He found the spider under the tarp in a tiny bit of silk when he went to Tambopata National Reserve in Peru. Troy was amazed because it is a small bit of silk in a circular pattern. And he was surprised because not only one piece but he found three more structures. On that point, he decided to share that photo to ask a question about the little structure. And from that phenomenon, it becomes the discovery of the silk hinge because of its similarity characteristics to Stonehenge. The most unusual story is that the spider behind this beautiful construction was still unknown. Researchers still aren’t sure what species it might belong to because of the several families of spiders.