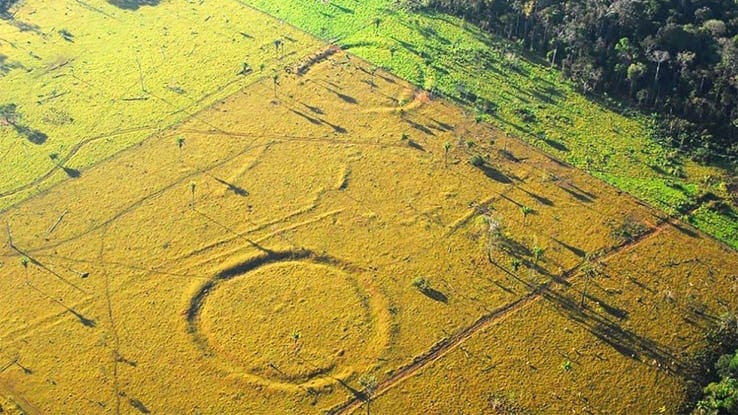 It was Jonas Gregorio de Souza, an archeologist who discovered 81 ancient settlements in the Amazon. According to his study, these ancient settlements were dated like 1250 and 1500 and believed that 1M people might have lived in the forest before the arrival of the Europeans. De Souza said that the results of their studies are fascinating because the newly discovered people were found near small streams, creeks, and springs, adding weight to the idea that people were not only concentrated at sites on fertile floodplains on the edge of major rivers, as was long thought. On the aerial surveys that they conducted, they saw dozens of geoglyphs, one was seen on the picture. It’s a geometric-shaped trench carved into the Earth. You can see the different shapes and sizes. About 30 meters across is the smallest and almost 400 meters for the largest.