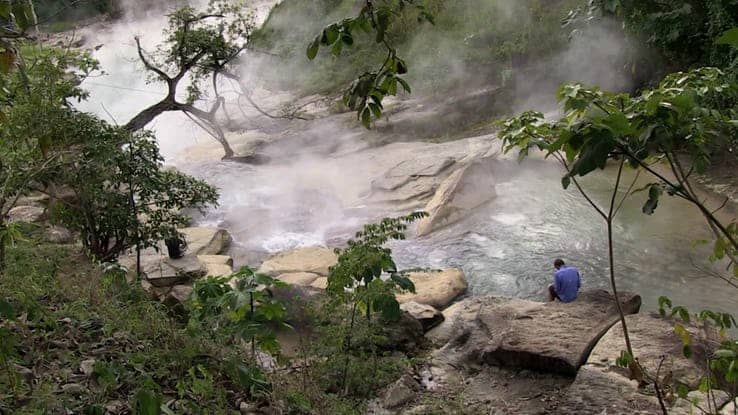 Hidden in the remote jungle of the Amazon, is a river that no one dares to jump in, because of its boiling temperature hitting the highest of 93 degrees Celcius will definitely boil anything that would fall into it.

A geophysicist named Andres Ruzo explored this said river. His grandfather told him about it that everything that would fall into will be killed. Ruzo decided to investigate if the story seems to be true and hoping that science could explain it. He wrote a book of his journey to unravel the mystery behind it, and the focus of his exploration was to create a detailed heat flow map in order to identify areas for potential geothermal energy. He has two hypotheses based on his study; one was that this was a volcanic feature. A magmatic system that scientists had missed. And the other one was that it’s a result of an oil field accident because the river is only 2-3 kilometers away from the oldest active oil field in the Peruvian Amazon.