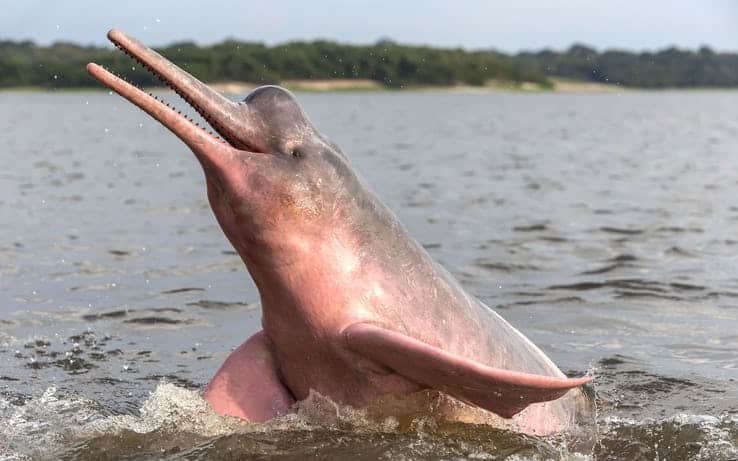 They are also known as the « pink river dolphins. » They are toothed whales, and three subspecies are distributed in the Amazon river. They are the largest of the river dolphins species. They can reach up to 8.2 feet in length and about 408 pounds in weight. The pink color is more visible in male dolphins compared to females. Like any other whales, they also have a « melon » which they use for communication and echolocation. They feed on catfish, piranhas, and croakers but they also consume river turtles and freshwater crabs. Their life expectancy in the Amazon river is unknown, but in captivity, a healthy pink dolphin’s longevity is between 10 and 30 years. They are also commonly seen in two’s and rarely in pods. They are also one of the most sociable whale mammals.