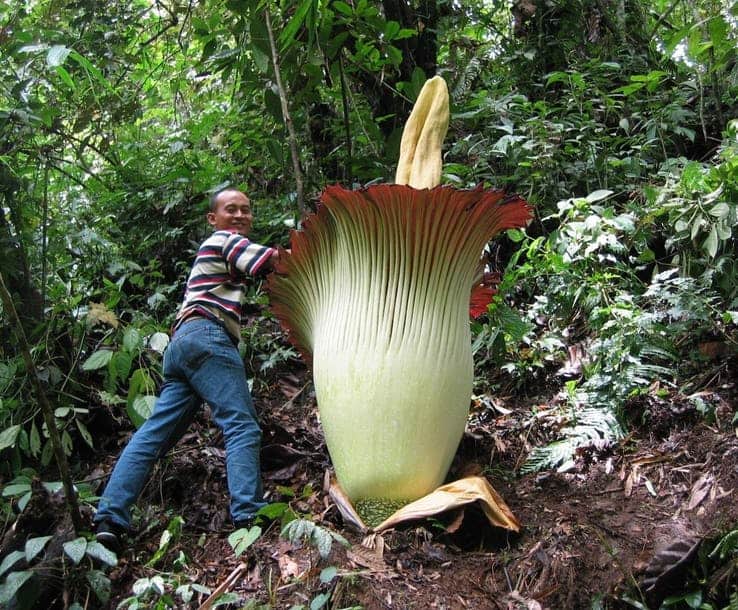 It is a flowering plant with the largest unbranched inflorescence in the world. It is also known as the corpse flower or corpse plant because of its odor that smells of a rotting corpse. It reaches over 10 feet in height; it consists of a fragrant spadix wrapped by a spathe which looks like a large petal. The spadix is hollow that resembles a large baguette. Same with the Rafflesia Flower, its fragrance attracts carrion-eating beetles and flesh flies which help them in pollination. The male and female flowers have the same inflorescence, but the female flowers open first, then a day or two the male flowers will open next to prevent the flower from self-pollinating. This flower blooms after 7 to 10 years of cultivation. Some plants do not bloom again after these years while others do in every 2 to 3 years.