Hygiene at the table was practically non-existent in the days of the Old West. Everyone who sat down together to eat and share everything, really everything. Anyone could use what you had. Back in the day, people were unaware of the dangers of spreading germs among one another. Families shared a common platter and drank from common tin cups while eating and drinking together. As a result, indigestion and dysentery were common complaints among people who lived in the Wild West. 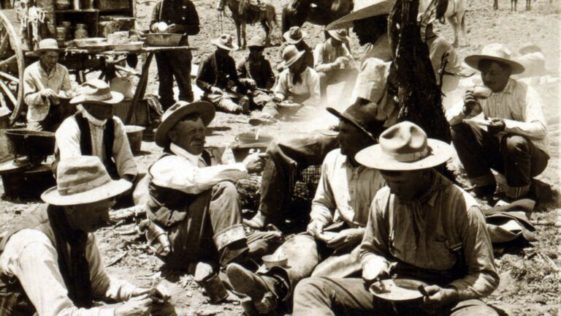 Indeed, during meals, people shared the same cups, plates, and cutlery. But that’s not all. It also appears that they also didn’t bother to wash kitchen utensils between meals. This habit probably contributed a lot to the spread of diseases of all kinds during this time. Surprisingly, the diet of the Wild West was good even though there were so many unhealthy eating habits. The season and terrain had a significant impact on the availability of food. As one would expect, most meals during the wild west were simple and sparse. Whiskey was among the foods commonly served in daily meals, as well as pork and beans.