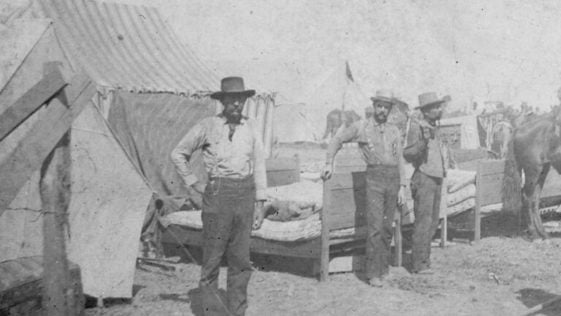 This bedding was not changed often, and the straw and hay attracted insects, resulting in an infestation with lice and other pests found on people sleeping there at the time. Lice, and other pests, especially fleas, were just one of the disturbing groups of insects. Lice can only live on bedding and are most prevalent in crowded and unsanitary living conditions. They can spread through contact with the clothing of an infected person. The lice bites caused intense itching, and the people saw small blood vessels and crusty scabs at the bite mark. This made life in the Wild West even less pleasant and hygienic.