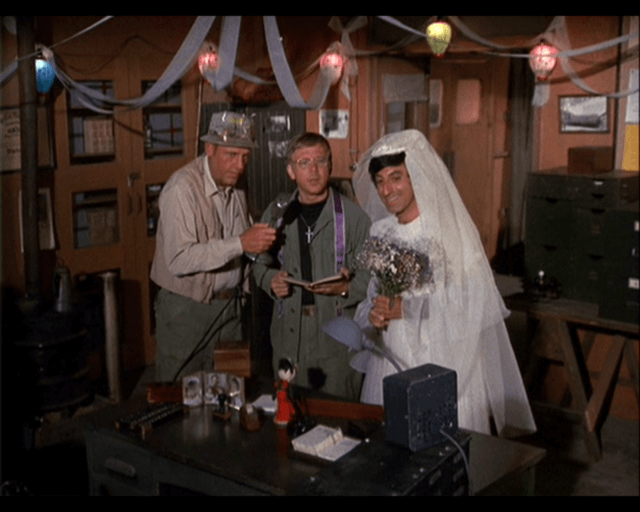 As mentioned earlier, Klinger was a bit of a cross-dresser and a wedding dress he wore got plenty of love. Apparently, his wedding dress was sported on three different occasions each time by different people. Why didn’t the makers just get another dress for these people to wear? Maybe it was just to save money.

The UK Was Not Having It

Sometimes, success depends purely upon location. For example, an athlete can be traded to another team and not thrive there like he or she did back on their original team. In the show’s case, M*A*S*H was not as huge of a hit in the UK as it was in America. You would have thought that it could have been a universal show, but alas, it apparently only appealed to an American audience.

One thing that may have caused its less than sparkling success overseas was the “laugh track” that you hear in many of the sitcoms in the US. The British thought this effect was quite annoying. And we can’t really blame them; at times it can actually be annoying if what happened was not super funny.