The 15 most beautiful Arab women in the world

Born in 1990, Hind Sahli is one of the pillars of the modelling world in Morocco. Winner of the Elite competition, the young Moroccan woman (born in Rabat but bred in casablanca) with brown hair signed a contract with the DNA agency at the age of 18. The muslim model is an excellent role model to other women, she says, « I am not here to prove women wrong, but to show them that they can do something with their life if they want to. » To her, being muslim and a fashion model are independent; one does not exclude the other. 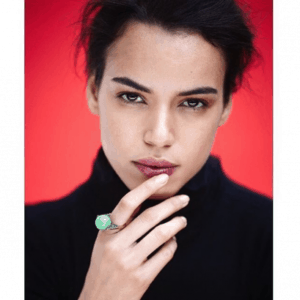 Thus, the career of the beautiful Sahli begins. Since then, she has run campaigns for Paul Smith, Louis Vuilton, Kenzo and Herve Leger, among others, The beauty with long eyelashes and hazel eyes is one of the few models to have imposed her style. At a height of 174cm, Hind Sahli is the first Moroccan model. It thus marks for the Moroccan Arab woman the beginning of a new expression of emancipation and natural beauty. Hind has been vocal about femininity in the fashion space, citing that “Being able to take a good photo isn’t enough. You have to have a brain.”