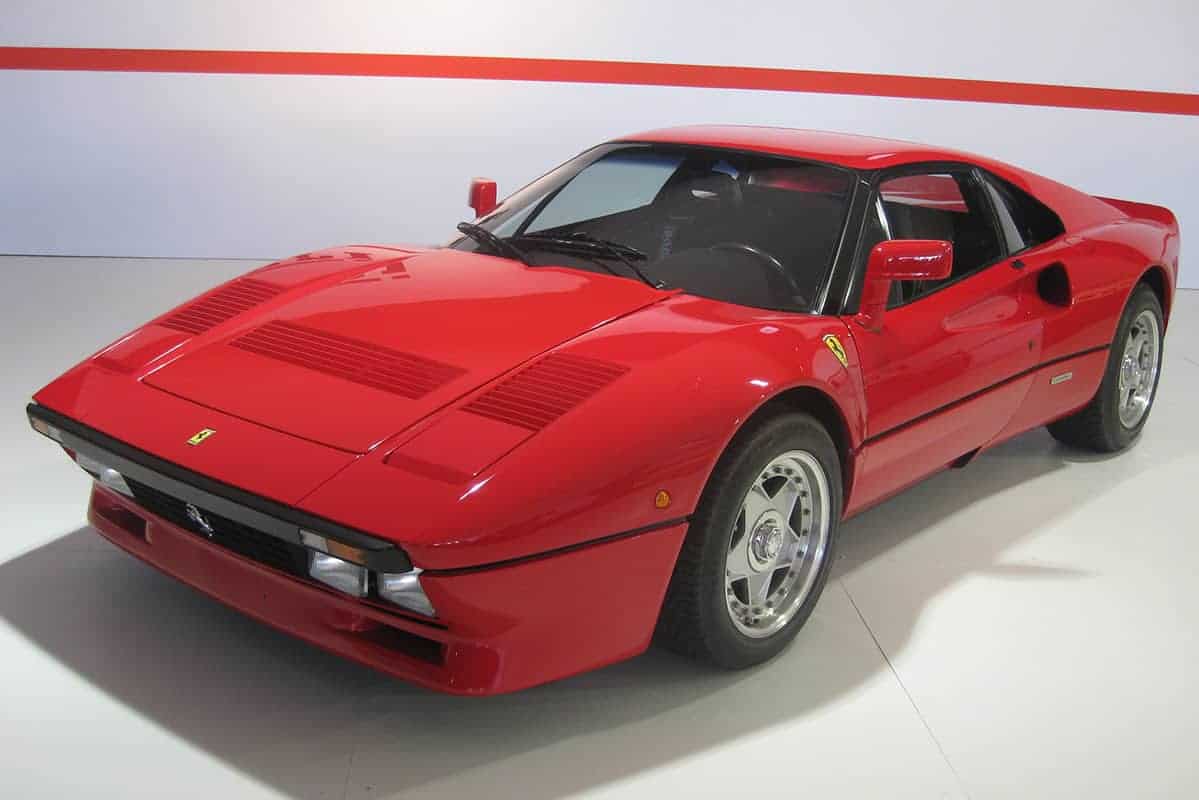 This muscle-car masterpiece was built for competition in the Group B Circuit Race series, but that racing sect suspended all action in 1986. Thus, the GTO never actually raced, but the 272 cars produced – all colored red except for one black version – became streetcars. It is far lighter than Ferrari’s 308/328 models – between 500-800 pounds, in fact. This due to the fact that most of the major panels are made of molded fiberglass rather than steel.