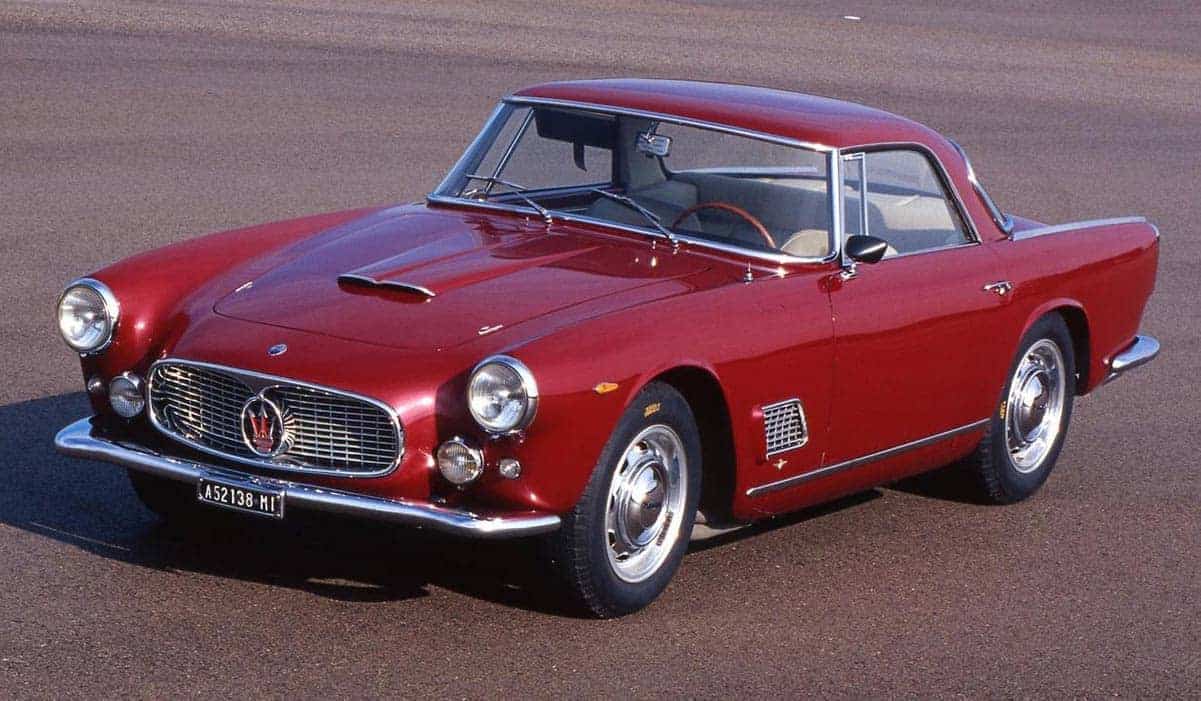 Most of Maserati’s efforts were going to Formula 1 racing, but the touring 3500 used a lot of British-made components including the rear axle, brakes, and parts of the suspension. Just 119 cars were sold that first year, although nearly 2,250 were produced in all between 1957-1964. The first of the line was painted white and named the Dama Bianca (White Lady). Two of the first prototypes were displayed at the March 1957 Salon International de l’Auto in Geneva.